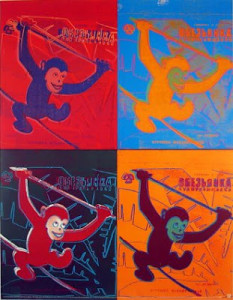 › connected with a god, or like a god:Some fans seem to regard the players as divine beings.divine intervention (= help from God)Just because you’ve been promoted that doesn’t give you a divine right (= one like that of a god) to tell us all what to do.

We’ve all had them, those co-workers or bosses that think they are god-like, imbued with some otherworldly quality that places them above everyone else. But if you look back at the true Gods in mythology or spiritually guided wisdom leaders in the bible or other ancient texts, narcissism or huge egos were not in their job descriptions.

For to truly be divine, is to have presence, and a connection with a force greater than ourselves. Call it the collective consciousness, the universe, God or whatever your personal belief is. Our presence is a cog in that wheel. It may seem demeaning to be such a small piece of the gigantic cosmic pie, but our presence and awareness is necessary to initiate change.

Many of you are facing the ominous task of initiating the tiniest amount of modification daily. In some business settings the simple procurement of office supplies, decisions on documentation wording or flexible scheduling alterations requires an act of God to happen. The minutia of business can be tedious. However, real shifts in values, ethics, the treatment of people, and making a difference in the world is happening in spite of us, simply through our presence.

There is a story called The Hundredth Monkey about primates on a deserted island who began washing the grit off of sweet potatoes with sea water before they were eaten. Over time and through imitation, eventually all the monkeys in that community were doing the same. But the interesting fact was that at the same time OTHER monkeys in OTHER remote locations began washing their sweet potatoes before consuming them too.

When enough people share a common thought or activity, eventually a critical mass is formed. Whatever the magical formula that defines the number is, once reached, a tipping point occurs and a universal shift is made. By living your beliefs and “walking your talk” you set up an energy or a vibration that adds to the collective whole in the world. When enough people hold those same thoughts, or are in alignment, things begin to shift.

So I challenge you to begin to see how that principle can work within your own environment. Instead of loudly complaining or gossiping to co-workers about the state of the office, or snicker about your boss who is an a_ _ hole, begin just to hold space. Holding space is establishing a presence in which you are exemplifying the attitude and actions of what you believe in and want to see re-created. By envisioning the future state of the way you want things to be and concentrating on it, you hold that energy. Being impeccable with your word and actions sets the tone for others to follow. This silent approach is more powerful than if you were on a soap box spouting rhetoric regarding change.

The tricky part about creating a presence and holding space is trust. How will you know it is working? You don’t and that is the beauty of the process. The focus is not on the outcome and whether or not you are affecting change, it is in the presence of the moment. If you are concentrating on taking care of yourself and staying true to your beliefs, there is no reason to be concerned whether others are following.  There is a peaceful power that comes in living authentically.

So how does all of this relate to the “office gods” who can do no wrong?  By visualizing the perfect scenario of how you want the environment and attitudes to be.  In essence, you raise the vibration with your positive thoughts way beyond where their pseudo-god egos are. Lower level, more basic energy that’s made up of ego cannot maintain when overpowered by more creative/expansive, higher thoughts. And like the Hundredth Monkey story, when enough people engage in the same practice, like ignoring the braggers, things will change. Human behavior has shown when attention seekers are not rewarded, they eventually go away because they cannot sustain without the energy of others.

Practicing the Power of Presence will help you keep positive in your thoughts and do the company good by clearing out the negative people and their activities, simply by focusing on the way you want things to be.